We’ve released a new feature today for the editor in Papyrs, called the Command Palette: 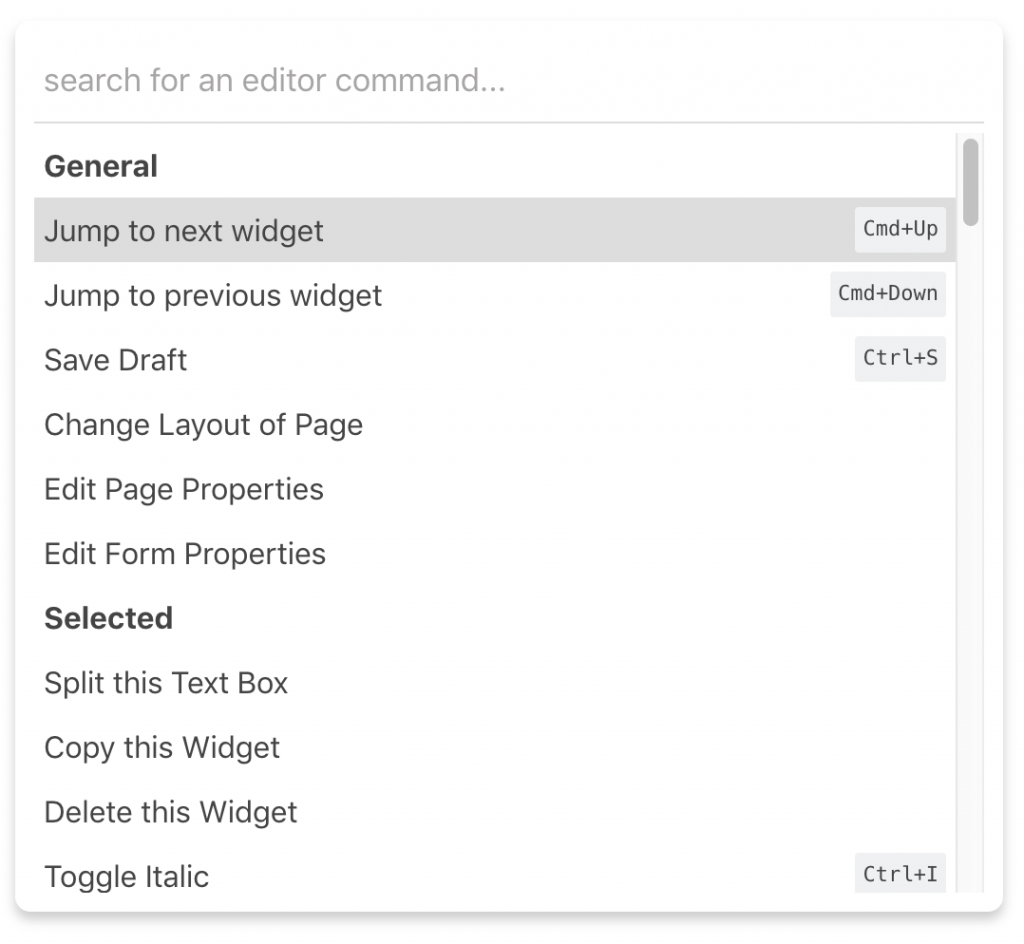 If you’re already familiar with the concept from desktop applications, it works the same here: the Command Palette is a dialog where you can quickly find and select the most common editor commands. Simply open the dialog by pressing Ctrl+/ (or Cmd+/ on Mac), and find commands by just typing a few letters. This way you can edit Papyrs documents without ever touching the mouse. For example, to insert a Large heading, just type Ctrl+/ h2. 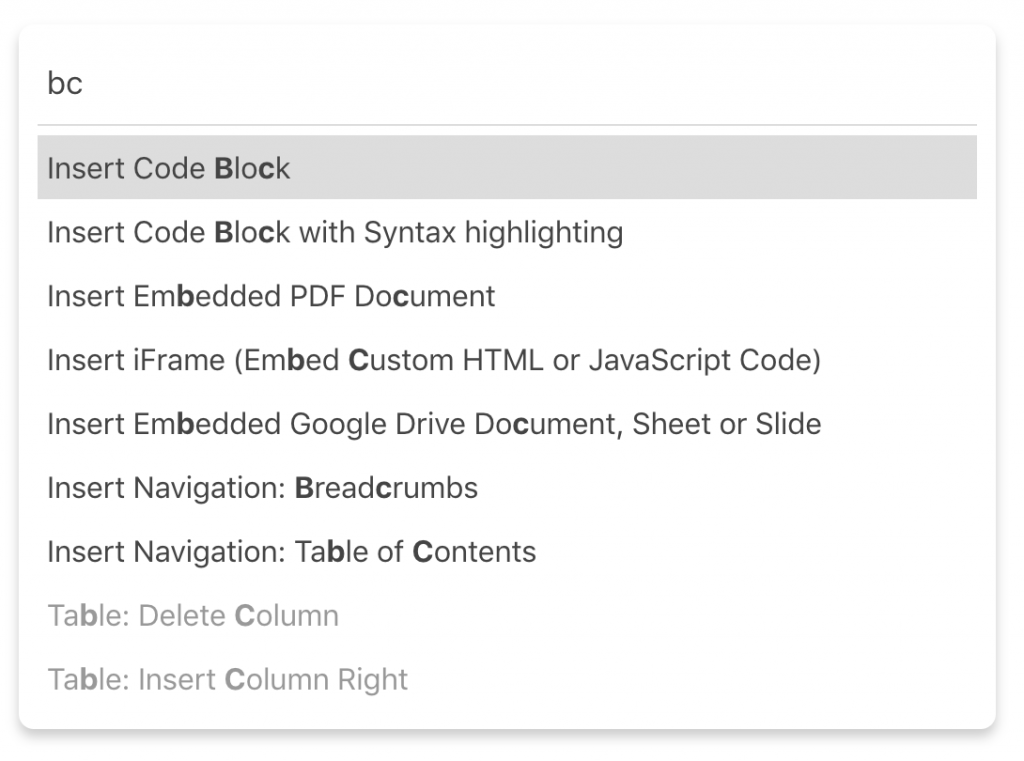 The Command Palette will also show you if additional keyboard shortcuts are available. For example, we’ve added a way to easily jump between widgets in the editor using Ctrl+Up/Ctrl+Down.

Any questions about Papyrs? Happy to help! Contact us, and we'll get back to you as soon as possible.